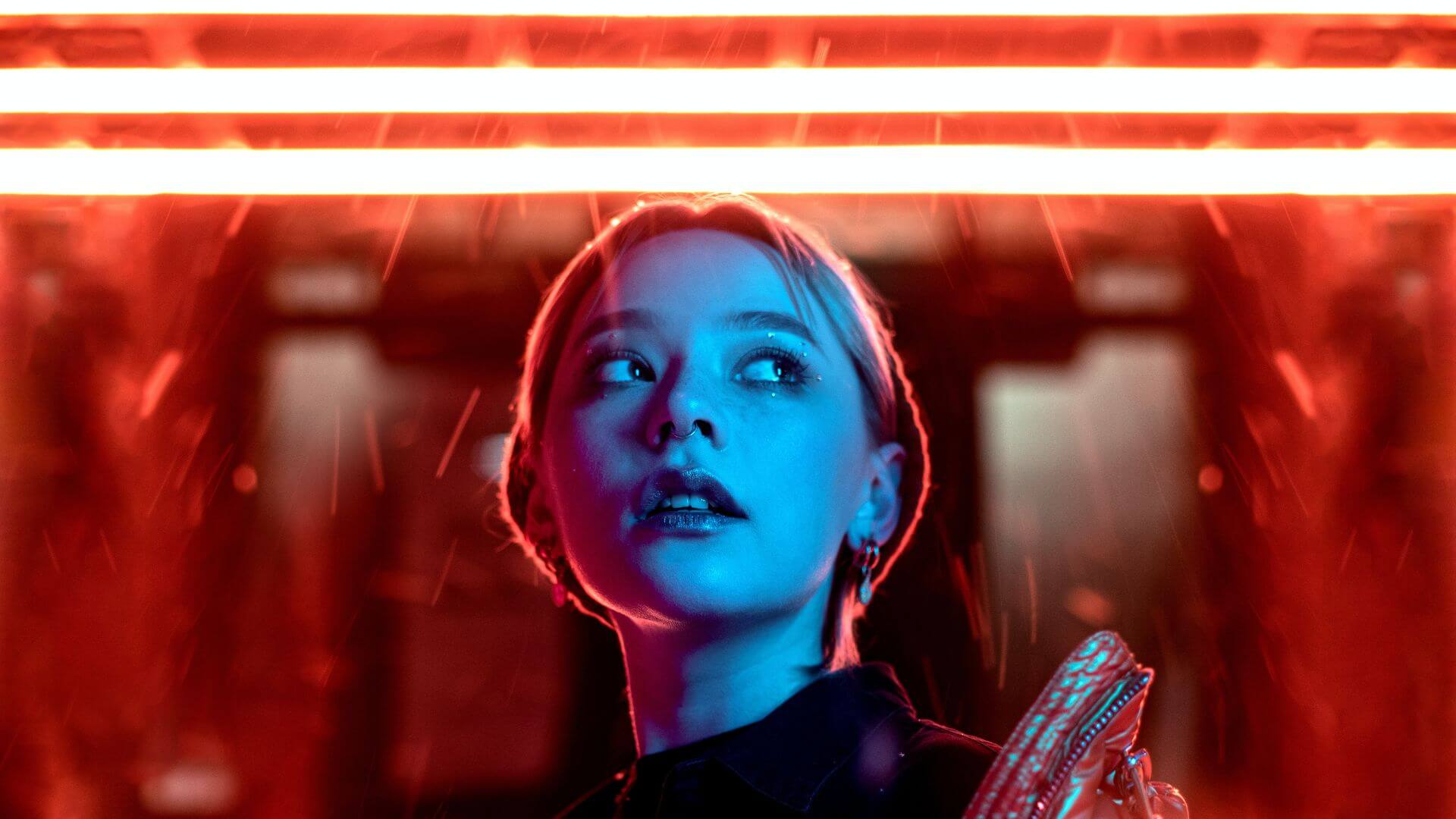 Robots invading the human world — one of our wildest imaginations portrayed in the movies. But things are changing, and AI-controlled humans have found their way into our world. Virtual influencers are not only in the metaverse anymore, but they are dominating our very own Instagram, Facebook, and YouTube!

These CGI beings are digital characters created using advanced computer software. And the online social media world is where virtual influencers are thriving. They have garnered thousands of followers. 58% of survey respondents said they followed at least one virtual influencer. And this concept is not as new as it may seem. Virtual influencers have admirable personalities and do anything, and everything a human influencer does, except they get three times more engagement than real influencers!

So, here are the top 10 virtual influencers to follow and learn from.

The Most-Followed Virtual Influencers of 2022

Created by an LA-based startup called Brud, Miquela Sousa is a half Brazilian and half Spanish 19-year-old virtual influencer. Brud’s specialization in artificial intelligence and robotics helped it create a hyper-realistic robot influencer. Miquela has over 3 million followers on IG and 30,000 and 3.6 million on Twitter and TikTok, respectively — yes, you heard it right! She shares her latest fashion looks and new music releases on Instagram. Whereas on TikTok, she recreates trending videos, sings duets, and answers the common questions of her community.

Visit her IG profile, and you’ll know she’s no less than an authentic influencer! She has worked with top fashion brands like Prada and Dior, teamed up with supermodel Bella Hadid for a Calvin Klein advertisement, and was even a part of Samsung’s #teamgalaxy campaign. Another of her accolades includes a song release titled “Not Mine.” In 2017, she debuted her first music video, “Hard Feelings.” Miquela Sousa was even listed in The Times’ “Most Influential People on the Internet” in 2018.

With over 260k IG followers, Bermuda is another famous virtual influencer created by Cain Intelligence, the pioneer in AI and machine learning. Bermuda is friends with Miquela and is one of the older CGI influencers. She first appeared in 2016 and is originally from Los Angeles. Since then, she has worked with notable brands like Mercedes, Chanel, and Vetements. Interestingly, Bermuda aims to inspire all young entrepreneurs to achieve their business goals. And she is more inclined toward motivating women to pursue a career in Robotics.

Bermuda is often known as the most controversial virtual influencer on the internet, as she has been a former supporter of Trump. Previously, she was in the news for being in an inter-robotic relationship with a fellow virtual influencer, Blawko. Bermuda is also trying to hone her music career and released a cover of “Under the Bridge.”

Imma is Japan’s first virtual model, created in 2018 by Modeling Cafe. She is from Tokyo, and her perfect proportions, flawless skin, pink hair, and unique style have attracted over 400k IG users and some reputable brands. She has partnered with brands like IKEA Japan, Adidas, Burberry, and TikTok. Imma was even on Japan’s list of “New 100 Talent to Watch.” She is interested in Japanese culture, art, and film.

People wouldn’t find any difference between Imma and a real influencer if they unknowingly land on Imma’s IG profile. Her profile is full of hyperrealistic selfies and pictures while trying new clothes and wandering on the streets of Tokyo — Imma is extraordinarily “natural.” She even voices her opinions on social issues like the environment, race, and gender — no wonder she has a believable presence!

“I wanted to create a strong and powerful image that celebrated a beauty I don’t see represented in the media often enough.” These are the words of Shudu’s creator and photographer, Cameron James-Wilson. Shudu is the first digital supermodel from South Africa, with over 230k IG followers. Shudu is the epitome of hyperrealism with natural imperfections like pores, hyperpigmentation, and fine lines that all humans have. This makes her look more life-like.

Shudu went viral when Rihanna’s beauty brand, Fenty Beauty, reposted her content without realizing she wasn’t real. This was when Shudu was exposed to over 8 million social media users. Since then, Shudu has been in the news and collaborated with Cosmopolitan, Vogue, and Balmain. Her IG profile is inundated with incredible photos displaying eye-popping, fashionable outfits in mythical locations. Shudu even graced the red carpet in 2019 for the BAFTA film awards, where she wore a custom-made gown by Swarovski.

Created by Brud, Blawko is the most enigmatic virtual influencer. He has 141k IG followers to date and is known for his distinct personality — he covers half his face with a mask and is only seen in streetwear and urban looks. Blawko even has a Brud tattoo on his right thigh. Often in the headlines for an on/off relationship with Bermuda, Blawko describes himself as a “young robot sex symbol.”

Blawko has appeared in many online interviews and did a DJ set on NTS Radio. On top of it, he has a YouTube channel! He has also worked with well-known brands, including Balenciaga, Supreme, and Off-White. He was also seen on the cover of KingKong Magazine.

The most followed virtual influencer of 2022, Magalu has over 6 million IG followers today. She even boasts more than 14 million FB followers, 1 million Twitter followers, and 2 million YouTube subscribers! Lu was created in 2003 as the in-store voice of Magazine Luzia’s — a famous Brazilian retail company — e-commerce websites. Eventually, she appeared on YouTube, hosting tutorials about the latest technology. Lu’s efforts helped the company gain over 32 million followers on varied social channels.

The best part about Lu is that she has “real” characteristics that people feel connected to. She also has a strong opinion and empathy for important social causes. She adds value to people’s lives through her content on Facebook, TikTok, YouTube, and Twitter. Lu has worked with big brands, including Red Bull, Australian Gold, Bic, Samsung, McDonald’s, and Adidas.

This blond-haired beauty from the 1950s needs no introduction! A star in the toy industry, Barbie has returned as one of the most beloved virtual influencers. She’s taken the world of social media by storm. Barbie has over 2 million followers on IG, 10 million subscribers on YouTube, and over 40,000 monthly listeners on Spotify. As per the statistics, Barbie is the most famous on YouTube, where she vlogs about her life and shares positive, educational content. Her YT videos empower young girls and address significant issues like bullying.

Barbie is best known for her collaboration with Forever 21. The famous clothing brand made a limited-edition collection with products inspired by Barbie. She was even called to attend a beauty conference at Mane University on behalf of Dyson, a multinational tech company — Barbie is genuinely more than a mere plastic doll today!

Originally from Brazil, Any Malu is a globally recognized, fully animated virtual influencer. She made her first appearance in 2015 and has snowballed into popularity since then. She has over 3 million YT subscribers and over 1 million followers on other social channels. Any is known as “the first 100% animated YouTuber.” She is recognized for parodying Disney movies and Picasso paintings, and her YT videos get more than 200 million views!

The fact that Any has a TV show sets her apart from other virtual influencers. What’s more surprising is that Cartoon Network powers her show!

This quirky name is given to an animated virtual influencer created by Superplastic, a leading creator of animated celebs and designer toys. Guggimon is known for his horror-related obsessions and describes himself as a “fashion horror artist & mixtape producer.” Handbags, axes, and Billie Eilish are some of his addictions.

Belonging to Montreal, Canada, Guggimon first appeared in 2019. He eventually became famous and pulled off partnerships with Gucci and Rico Nasty. Recently, he became known for working his way into Fortnite, a popular video game. He appears in the Battle Pass along with other pop culture icons. He has even racked up 2 million TikTok views and is more than just an animated, unreal character.

Last but certainly not least, Knox Frost is the top male virtual influencer on Instagram. He is from Atlanta and has organically developed a strong IG presence in just one year. His content resonates with the audience and stirs intense conversations. Both men and women in their early twenties are his avid followers.

Interesting, renowned organizations like the World Health Organization (WHO) have collaborated with him and leveraged his online presence. He became WHO’s voice to spread COVID-19 practices and solicit donations. Through Instagram, he spread the message to stay home and stay healthy.

If They Can Do It, You Can Too!

Though virtual influencers have pros and cons, they have managed to bag high-paying collaborations with brands you’ve always dreamed of partnering with! Their unique personality and high-quality content helped them attract incredible deals. And if they can do it, so can you!

And in case you need a helping hand, Atisfyre has you covered! Atisfyre is an AI-based influencer marketing platform connecting influencers with best-suited brands. Atisfyre can bridge the gap between you and your dream brand. All you have to do is sign-up.

Sign up now, and Atisfyre will inundate you with countless brand partnership opportunities!