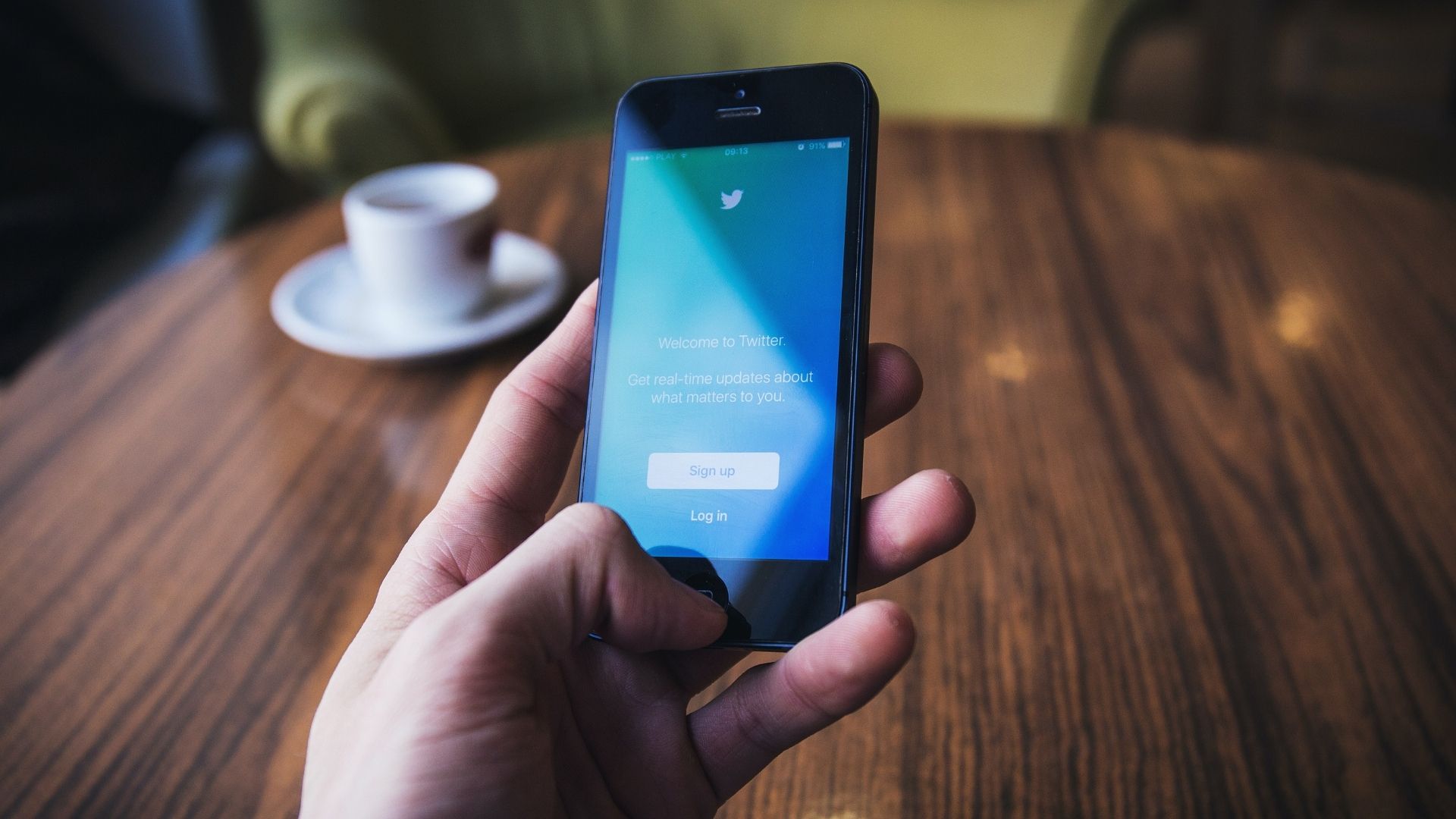 How To Write The Perfect Twitter Thread (Bonus: Story of A Thread That Gained 20k Followers & 10x Pageviews!)

Are you looking for a powerful way to reach users on Twitter? Maybe you should consider writing a Twitter thread.

With Twitter’s 280-character limit, sharing everything you have to say in just one tweet can be difficult. But with a Twitter thread, you can join several tweets to tell a story, build intrigue, or create suspense.

Here’s how to make Twitter threads your followers will love.

A Twitter thread is a series of connected tweets posted by one creator. Instead of limiting your message to 280 characters like regular tweets, you can create a thread to tell your story or pass important information throughout several tweets. Users will see a “Show this thread” button on the first tweet that invites them to open the thread to reveal more content.

Twitter allows you to add up to 25 tweets in a single thread. You can use this opportunity to elaborate on an idea that cannot be expressed in a single tweet or to showcase your expertise on a particular topic. Each tweet in a thread can feature images, polls, GIFs, etc., to allow you to communicate your message effectively and start conversations.

There are two ways to publish a thread – publishing one tweet at a time or publishing the entire thread at once.

Publishing a thread one tweet at a time gives your followers the excitement of a developing story. This method hooks your followers to your page, as they’d want to hear what you have to say next. The one-tweet-at-a-time format is ideal for a live event, announcing a competition winner, or launching a product.

The other option is to publish the whole thread at once. This method gives your followers the benefit of reading a fully-formed story. Content creators can use Twitter thread stories to share their expertise in a particular niche with their followers.

Figure 1: Tweet format for a message you want to control a bit more, like a nuanced company announcement, as done by @TwitterBusiness while launching a test of Professional Profiles. Source: Twitter business

It has been found that Twitter thread stories receive more engagement than single tweets. Twitter users are happy to read threads and engage with the creators. For this reason, you need to focus on creating Twitter threads if you want to generate more content views and become a Twitter influencer.

To tell a story, build intrigue, or create suspense

The history of influencers is proof that storytelling always works. The 280-character allowance may not be enough for you to share everything you want to say. You might want to provide an explanation for something or tell a story in great detail. You could be at an event and want to share your learnings with your followers.

Twitter threads 2021 are helpful in all these situations. They are perfect for creating intrigue and building up the climax of a story. Entertained users will be hooked to the end, and they will gladly share your content with their followers.

When using the one-tweet-at-a-time format, it’s advisable to wait at least one hour after publishing the first tweet to publish the second one. Wait for another 15 minutes to publish the third tweet and so on. This staggered format keeps your messages popping up your followers’ timeline, but users begin to lose interest without a large time gap.

If you’re publishing a longer or ongoing campaign, you can always add subsequent tweets several days after the first one. One of the best Twitter thread examples, in this case, is Twitter’s #AlwaysProud campaign in celebration of Pride.

In their first tweet, they published a video about a personal journey. The video was followed by another personal journey video that was part of the series. While each video could stand on its own, threading the tweets helped to strengthen the message.

If you live-tweeted a thread during an event, you could reply to it, later on, to ask people what they thought about it. This will help you gather actionable feedback that will help you improve the event in the future. Following up on Twitter threads also shows that you’re listening to your audience and driving the conversation with them.

Twitter’s built-in thread feature lets you build a thread with numerous tweets and publish it at once. Here’s how to go about it.

Quick note: The process of creating a thread is the same for the app and the web platform.

The button looks like a floating blue circle with a quill on it. On the website, tap the ‘What’s happening’ box to write your first tweet.

The first tweet introduces your thread to readers, so make it objective and targeted.

Step 3: Write the rest of your tweets

Repeat step 2 above to write the rest of your tweets. Click the plus icon to open a text box to create more tweets. Don’t limit your tweets to words. You can add images, graphics or even create a poll to make your tweets engaging. To do this, click the image, GIF, or poll icon below the text box.

Once you have composed your final tweet, double-check the entire thread for typos. You can move to an individual tweet within the thread and edit it.

With this information fresh in your mind, it’s time to create your first thread. But before you do that, study these tips to find out what you need to do to make your thread stand out.

The first tweet in your thread is the most important. This is the tweet your followers see when scrolling their timelines. As such, it should be interesting enough to grab their attention and stop them from scrolling. Otherwise, they will move past your post without reading the rest of the thread.

That’s too much pressure to deal with when you only have 280 characters to express yourself. But don’t panic! Use these tips to create an irresistible first tweet:

Like influencers on other platforms, even Twitter influencers leverage off the shareability of posts for a wider reach. These influencers are always known for a few viral tweets that made them popular with the masses. Threads have a high chance of going viral because of the informative content they share. But to pull this off, the thread should contain useful information worth sharing.

Make sure whatever you are publishing resonates with your audience to encourage them to share it. The more people share it, the more engagement your thread attracts. And before you know, you will have thousands of people following you for your amazing content.

People love stories, and they will click to read your thread if you have a nice story to tell. With the help of a Twitter threads app, they will unroll your thread to access the content easily.

Lastly, remember that nothing is set in stone when it comes to creating Twitter threads. Experiment with different styles and content formats to find the best way to connect with users. Read as many threads as possible to learn what to do to make your content stand out.

So, you’ve seen how it’s done. Here’s what you need to remember to create a great Twitter thread story.

Looking for inspiration for your next Twitter thread? Then you should take a look at Ciara Johnson’s (@hey_ciara) thread that blew up in 2018. Ciara had just quit her corporate job and embarked on a full-time travel journey. She didn’t have a huge following back then. But from a single thread, Ciara managed to score the following: 47,000 retweets. 131,000 favorites. 13,000+ new Twitter followers. 6000+ new Instagram followers…. 10x the blog views and her first affiliate sales!

The reason Ciara’s thread went viral is that it was incredibly simple and relatable. The thread was about finding cheap flights, but each tweet was loaded with tangible tips that add value to readers. People were excited to test out what she had shared, and they were relieved to discover that the tips actually work.

Ready For The Perfect Tweet(Storm)?

Twitter threads are a powerful tool for influencers to connect with their followers. Without being restricted to 280 characters, you can tell more stories, engage your users, and share valuable content with the world.

Atisfyre, our AI-driven platform, is here to help you achieve your influencer dreams. While influencers focus their time & energy on what they do best – create engaging content that delivers a compelling message to potential customers, the platform connects them with leading brands worldwide to explore collaboration opportunities.